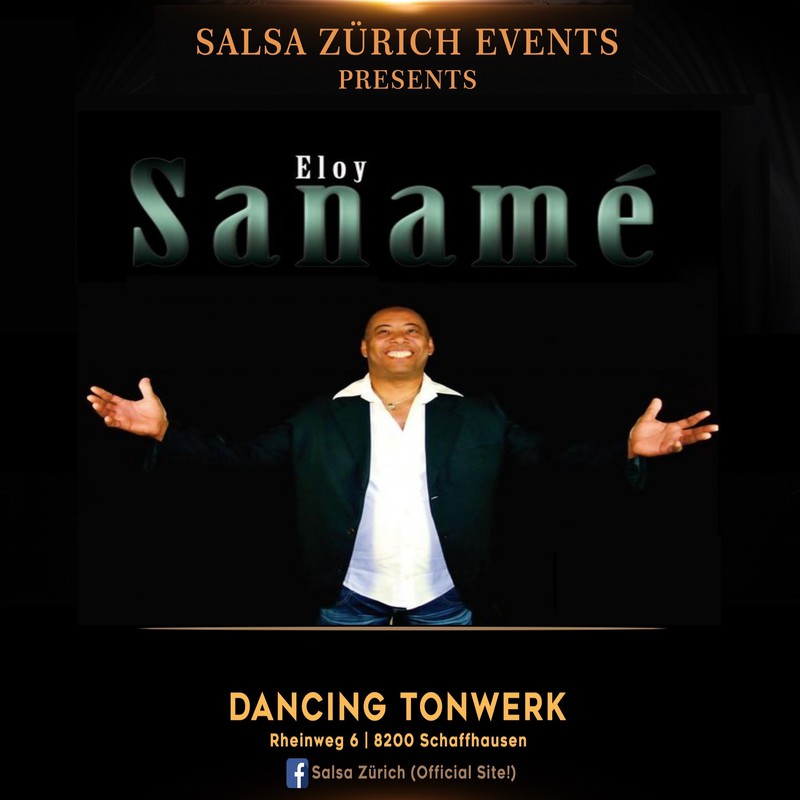 Eloy Sanamé Born On March 4, 1965, his musical influences owe to him to the joke, nengón and the kiribá, kinds native genres from his natal land Baracoa guantánamo, Cuba. Graduate of Direction of orchestras and Bands and his experiences come immediately after his incorporation to the bands of musical from the School you interarmas of the FAR Antonio Maceo and of the unit of ceremony of the state of the Minint of Cuba, where work as director, in 1996 it founds his own group with the projection name SONERA and also there formed a part of other groups as the joint happy field, Her 8va nightmare, Rondón’s piquetón, good Madeira, between others, keeping exelents fingerprints of a singer sonero defending his roots and his musical doctrine. In 2003, it joins Rodney Vincench Torres a project that they named as SALSA UNICA, group with which it obtains the best successes of his career up to the moment. It has realized music recordings with the record companies: Tumimusic-CD-(Misecordia que es esto), Colibrí-CD-(Guarapo, pimienta y sal), with the Choismusic-Cd-(Un autentico sooner). Eloy was chosen for the “el cuadro internacional de los mil aristas cubano Pierre Maraval” and in this 2008 won two prizes between them the first one, in the contest of traditional and rural music Eduardo Saborit, in the Havana city. Today, it is outlined with his quartet ” Sanamé and his Cuban Band ” where they expose to the relive a varied digest, marking major guideline in the development of his Cuban music, the Cumbia and the merengue. Sanamé have a great experience of international work, working in countries as: Mexico, for 4 occasions, Guantemala, Holland, Germany, Espana, Switzerland, England and Cypruz, where his music has been received by pleasure and respect.